Saturday August 1st 2015
Pre Trip
In one week I will be leaving Winnipeg for Buenos Aires, Argentina to undergo full Facial Feminization Surgery and cosmetic procedures. This surgery is a significant peice of my transition plan and what seemed hopeless and impossible a few years ago is now becoming a reality. I feel very fortunate to be going.
Researching FFS began almost a year ago. Since October 2014 I have gathered information off the web and from women I know who have previously undergone FFS and were willing to share their experiences with me. I looked into the types of procedures and costs involved. After deciding upon what my goals were I submitted my facial photos, ex rays and medical information to four FFS specialists around the world; Montréal, Thailand, Marbella Spain and Buenos Aires. (…) All presented proposals that were somewhat similar – some offering a bare minimum of FFS and others a more generous combination of procedures. (…) I did not want to base a decision such as this on cost but after weighing the two best presentations I settled on Dr Javier Rossi at T-Change in Buenos Aires. www.t-change.com

Tuesday, August 11, 2015
Pre Surgical
Today was full of activity first starting with routine pre surgical medical tests at an interesting klinic close by. Amanda the patient manager picked me up at 10AM for that. (…)
I met with my surgeon Dr Javier Rossi at a hospital he was operating at today. He greeted me warmly and we discussed the procedures that I will undergo tomorrow in my six to seven hour surgery. He palpated my head, face and neck to examine me more closely. I decided in the office to also undergo a reduction of my trachea for an additional fee. The photos I sent back in October 2014 did not indicate the need for one but I am happy he mentioned it at this meeting. It will be definitely worth the expense. I will list my procedures after my surgery has heen performed. It’s long :/ (…)

I also met one of my fellow FFS patients, Daria from California during my appointment with Dr Rossi and we had a great time talking and hanging out together. She had her surgery six days earlier and looked really great. 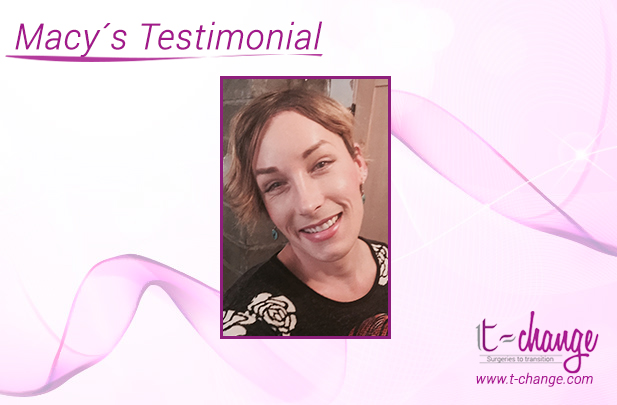